At last, someone wants to restore the Moselle Brook in Hornsey so what (or who) is stopping it? 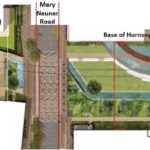 The developers of Heartlands, part of Wood Green’s new western flank and future home to 3500 households, some of the borough’s tallest buildings and a whole new business district, have submitted bold plans establishing the feasibility of bringing the river back to the surface as the centre piece to their 10 year plan to transform the area’s fortunes. This is no reconstruction of the river’s arcadian past: it’s a spirited interpretation of river and urban renewal, with space for nature and our industrial past as well as for leisure; there is room for the environmentalists and romantics as well as the pragmatists and creatives.

The opportunity is unlikely to present itself again. Under pressure from Haringey, the area’s industrial heritage has been scandalously squandered and its nature tossed aside in preference to pretentious aspirations to create a new ‘capital’ for the borough. 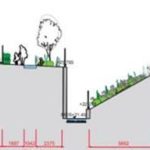 The gains from restoring the river have long been ignored by Haringey along with policy and advice of Government and the Environment Agency. Instead, they feigned ignorance, avoided their responsibilities, propagated misinformation and even been its greatest polluter.

The good news is that there are signs of a change of heart and even a willingness to work with others to bring back the river and raise Heartlands from the bland to the remarkable; from just the next clone estate to a place that people will talk about and want to visit as well as live and work.

So back to the question, ‘what’s stopping it?’ There are, as you might guess practical issues and political issues: all are solvable: 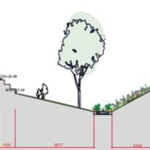 But there is still one thing missing: political leadership and support from the top. Haringey Council takes the moral high ground on a great many issues but on celebrating, protecting and restoring the Moselle, it has a shockingly poor record. All this can change if this administration takes charge and works with officers and St.William in creating a new greener, healthier and more equal community at the heart of the borough. The river can and must be restored now.

St. William's plans to restore the Moselle through Heartlands will be discussed at PMRA's next General Meeting at 8pm on 26th September 2018 but in the meantime, check out the planning application, ref: HGY/2018/2487

Please also write to and tweet your ward councillors, the Leader and Cabinet and insist it takes charge and restores the river.